Under the heat at La Conca, Riccardo Negro (DR / TM) leads KZ2 ahead of Jordon Lennox-Lamb (CRG / Maxter) the winner of the first heat, but delayed the start of the second. In 9th, he came back to third position and saved his place on the front row for the start of the final. Dylan Davies (PCR / TM) was consistent to start ahead of the new European champion Simas Juodvirsis and the French driver Alexandre Arrue (Righetti / TM). In 8th, Marco Zanchetta (Energy / TM) lost out by retiring in the second race. 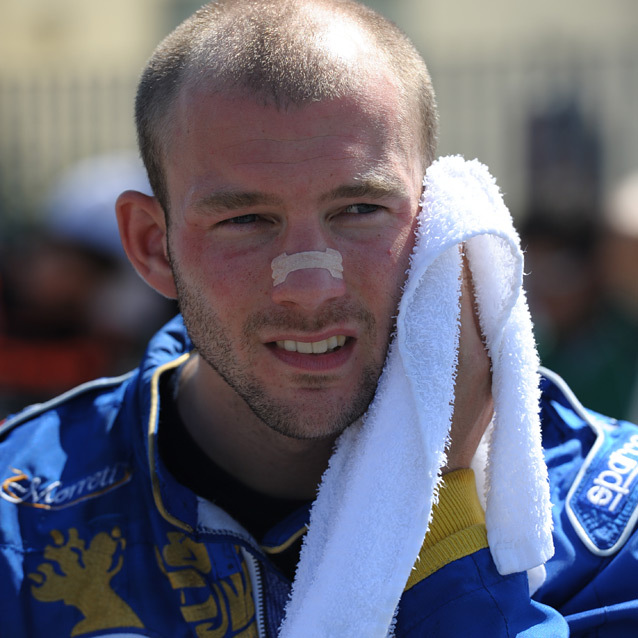 The KZ1s seem to be having difficulties with the Bridgestone tires because of the heat and the tarmac at Muro Leccese. This has not prevented Bas Lammers (Praga / Parilla), after only taking sixth in qualifying, winning his two heats with Kozlinski (PCR / TM) in his wake. Rick Dreezen (Tony Kart / Vortex) finally got on the pace to take third position, despite complicated races, ahead of Roberto Toninelli (Birel / BMB) who is particularly strong, Marco Ardigo (Tony Kart / Vortex) and Jorrit Pex ( CRG / TM), attacked Toninelli a little optimistically on the final lap of heat 2. Retirements decimated both races: Abbasse, Hajek and Hanley didn’t finish in heat 1, and Fore and Thonon retired the last lap of race two.