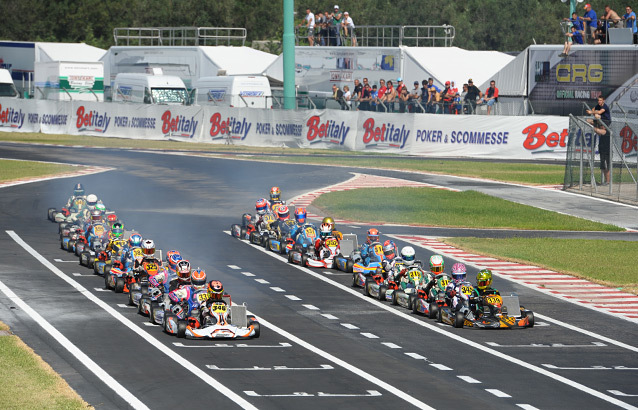 The heats for KF3 at the WSK Euro here at La Conca have produced a list of brilliant drivers at the top of the intermediate classification. For those who dropped back and want to catch up, both prefinals on Sunday morning will give them the opportunity to try their luck but they will have to take various risks to get into the top 17 and in the Final.

Is it too early to talk about a win for Callum Ilott (Zanardi / Parilla), with for wins in four heats? George Russell (Intrepid / Vortex) and Dorian Boccolacci (Intrepid / TM) are in the 2nd and 3rd places from Alex Palou (CRG / BMB) and Martin Kodric (FA Kart / Vortex). Dan Ticktum (Zanardi / Parilla) shows promise in sixth position ahead of Alessio Lorandi (Tony Kart / Vortex) and Nikita Sitnikov (Tony Kart / BMB). Among the French drivers, Valentin Naud (Tony Kart / Vortex) is learning his new equipment and a new team with a good chance to qualify, while Gabriel Aubry (Birel / TM) is suffering on the grippy track.