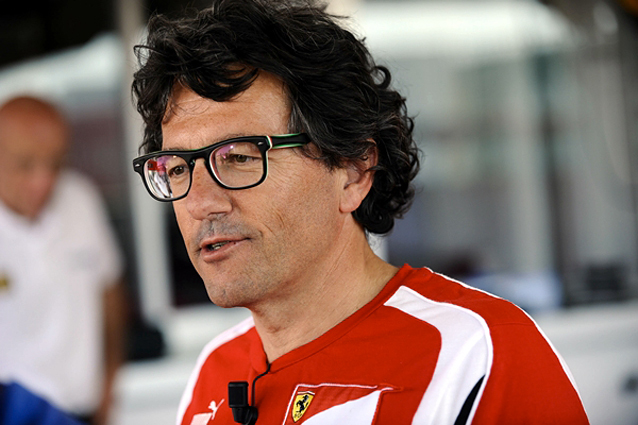 The 2012 season is three months old, with Ferrari Driver Academy drivers busy on several fronts. Initial feedback from the categories that range from karting to Formula 1 has been very good, confirming the worth of all the work carried out over the winter months.

Last weekend, Sergio Perez drove a great race at the Montreal circuit, coming home third at the end of an event in which he drove very well on all fronts. That same weekend, Brandon Maisano took his first win of the season in the Italian Formula 3 championship to go second in the classification. Added to these important results are six wins to date for Raffaele Marciello in the European Formula 3 series and the first wins for Lance Stroll in karting and the strong showing of Jules Bianchi in Formula Renault 3.5.

Luca Baldisserri, head of the Ferrari Driver Academy, had positive comments to make after this first part of the season, starting with Sergio Perez’s great showing in the Canadian Formula 1 Grand Prix. “After Monaco, we had a discussion with Sergio,” revealed Baldisserri. “We wanted to find out why recent results had not lived up to expectations after the Malaysian Grand Prix. Perez is undoubtedly talented, but he often lets himself down by being too aggressive which, especially in Formula 1, does not deliver results. The Montreal race was a great response, a race in which Sergio not only ran at a great pace, but also managed his race very well, managing to stay on track for fifty laps on the same set of tyres.

A few hours before Perez stood on the Montreal podium, Brandon Maisano took his first win of the season in the second of the three Italian Formula 3 races at the Mugello circuit. “It was a very important win for Brandon,” confirmed Baldisserri, “because of the group of FDA drivers, Maisano was the one who, so far, had seemed under par. I’m convinced this result is not only good for him in the classification, but will also help to break his psyschological deadlock. It’s a shame that, in Race 3, he was held up by another driver, an incident which cost him important points in the championship classification. However, he now seems to be on the right path to make progress.”

Raffaele Marciello started his season exceeding expectations, but Baldisserri underlined the fact that he still has a long way to go to reach his goals. “So far, Marciello has scored some significant results in the extremely competitive European Formula 3 series. Six wins is a great tally, but this is only the first part of the season. Our task today is to ensure that he does not suffer any lapse in concentration. We are pleased with “Lello’s” progress but it would be a big mistake to think that we have reached our target with him. The results should serve as a stimulus to always give more, especially in the case of youngsters who are still only halfway along their path in the junior formulae.”

In the three rounds of the Formula Renault 3.5 held to date, Jules Bianchi has definitely been unlucky. The team made mistakes and there were various times when the Frenchman was an innocent victim of circumstance. “Jules performance lived up to expectations,” confirmed Baldisserri. “But for various reasons, he was unable to translate his potential into a good result in the championship standings. The team made mistakes, starting with a disqualification over a small but crucial technical detail that saw Bianchi excluded from the first race in Alcaniz. We are waiting for the outcome of the appeal: if it’s positive, then Bianchi’s place in the classification will be much improved. However, there are still a lot of races to go before the end of the season and I’m sure everything is in place for Jules to find himself back in the position he deserves.”

This trip through the championships in which the Ferrari Driver Academy is actively involved ends in the world of karting, where thirteen year old Canadian Lance Stroll has shown signs of great progress. “Lance has begun to win,” says Baldisserri, “and is now one of the drivers to beat in the KF3 class. The wins are pleasing, but above all we are pleased with the growth Stroll is showing in his performance and the way he races. He is only thirteen and he has a long way to go ahead of him, but so far the work with Stroll has always been very worthwhile, something which bodes well for the future.”