European podium for AVG and PCR 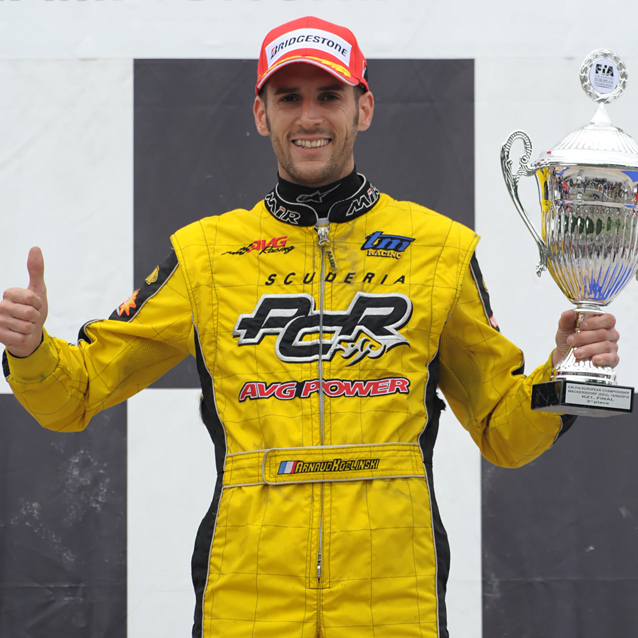 The work done since the beginning of the season by AVG Racing team, in Wackersdorf has been rewarded, and more is yet to come. The 2009 World Champion Arnaud Kozlinski has found his bearings in his new team and stepped up an effective collaboration for the engine with the TM factory. He took the third step of the podium of the European KZ1 Championship, while Dylan Davies nearly missed the KZ2 podium after a remarkable meeting.

Great drivers like Kozlinski can assess their odds to win a competition quite early. Already in timed qualifying, with his 5th time, he was announcing that he could drive fast on a dry track, with a smile that meant a lot about his ambitions. His 2nd place after the qualifying heats confirmed his diagnosis. Unfortunately, the pre-final on a soaked ground did not help him. Starting form the 20th position, he would not have bet much on a good result in the final. An yet, Kozlinski accomplished his mission beyond expectations and recovered up to the 3rd place of the European KZ1 Championship, with the 2nd fastest time as evidence of his speed.

As for KZ2, Dylan Davies confirms a nice progression this season. Setting off far in the back in time qualifying, first he staged a beautiful recovery drive up to the 23rd row of the KZ2 European competition in the difficult qualifying heats, before pushing his effort further in the prefinal, 11th, and then in the final where he finished quite fast in the 4th position.

World Cup: AVG Close to Its Goal at Sarno

AVG Ends the 2012 WSK Euro Series on a Positive Note

Victory and Podiums at La Conca