Home News Team Abbasse, magnificent in the rain in Wackersdorf

Abbasse, magnificent in the rain in Wackersdorf

Confident in the performance level of his kart after the good results at the beginning of the season, Sodi Racing Team faced the European KZ1 Championship with legitimate ambitions for Anthony Abbasse. But the excellent performances made during the preparatory tests were undermined by the rain that washed the track from the very beginning of the race. The unexpectedly limited number of free practice sessions did not make the search for a better set-up any easier. 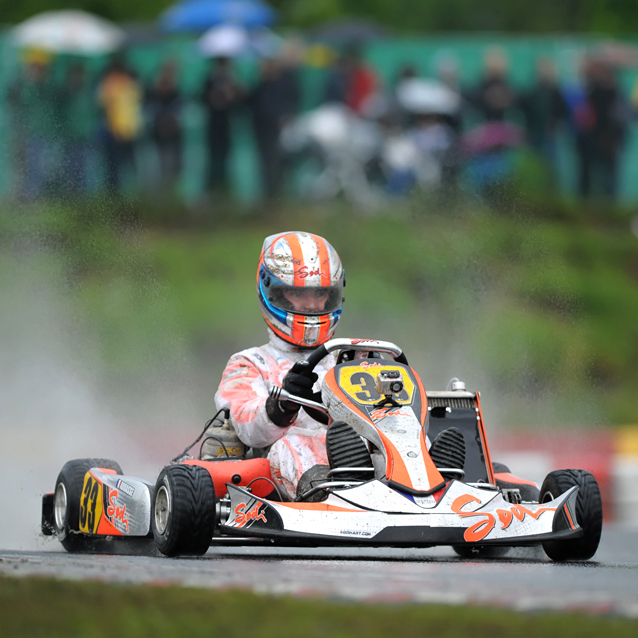 After a modest 14th time in timed qualifying, Abbasse had to take advantage of the heats to fine-tune his kart set-up while the grip was slowly coming back to the winding track of the German circuit. Despite all this, he staged an extraordinary performance in the rain during the prefinal, recovered as many as 10 places, completed 11 laps in the lead and conquered a stunning victory. This revived hopes for the French.

Sadi’s lead driver, equipped with a Maxter prepared Tec-Sav, unfortunately lost much ground because of a troubled start in the final. He set quite convincing times on a now dry track and was able to drive up to the top 10, or more exactly to the 9th place. Despite a relative disappointment in terms of mere result, the Sodi team can still count on a great potential and confirms the quality of its chassis 2012.

SWS Finals in Dubai: see you in February 2021

Interview with the Director of Sodikart, Bertrand Pignolet