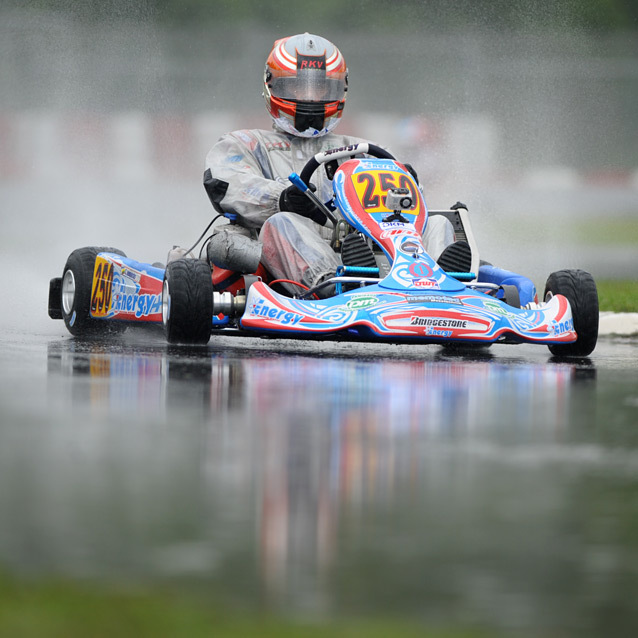 Act II: The race is restarted half an hour later in the order at the red flag, in pouring rain with 11 laps remaining. Juodvirsis dispatched Midrla quickly to gain second place, before Jeleniowski passed Negro and Van der Burgt. Lennox-Lamb had been steadily losing ground. Alexandre Arrue (Righetti / TM) moved up to 21st, but Da Silva and Fiault were not running. Juodvirsis then took the first lead to the detriment of Di Martino. Several drivers were shown the black flag.

The result: Juodvirsis got away so much and Di Martino had to watch out for Midrla and Jeleniowski behind him. Victory went to Simas Juodvirsis, but the last lap proved surprising as Meindorfer took second place ahead of Di Martino, Jeleniowski and Paauwe.