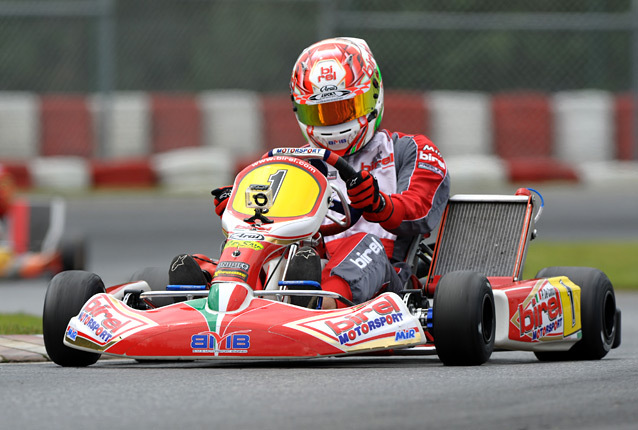 Unlike those in the KF2 and KZ2 categories, also competing for the European Championship in Wackersdorf, Drivers in KZ1 (the top category for karts with gearboxes) had to wait until Friday for their Qualifying Practice. As was to be expected, the contest between the karting professionals was fierce.

Several favourites were disappointed by the result of Qualifying Practice however, including the three former European Champions Roberto Toninelli (Birel-BMB, 12th), Italy, Jonathan Thonon (CRG-Maxter, 13th) Belgium, and Bas Lammers (Praga-Parilla, 19th), Netherlands. Runner-up in 2009 and in 2010, the French Driver Jérémy Iglésias (Intrepid-TM) only managed 20th place, whilst the Belgian Yannick de Brabander, who was second last year, had to be content with 25th, some 457 thousandths from pole position. To have any chance of a place on the podium in the Final, on Sunday, these Drivers will have to shine on Saturday in the Qualifying Heats to improve their grid positions for the Prefinal, which will itself determine the grid for the Final.