Many committed drivers of a very high standard are the main features of the European Championship KF2 2012, where this weekend at Wackersdorf is the first of two events. This calendar replaces the traditional regional qualifier and final for the first time and is the reason for the 122 competitors entered. The competition is also unusually open. 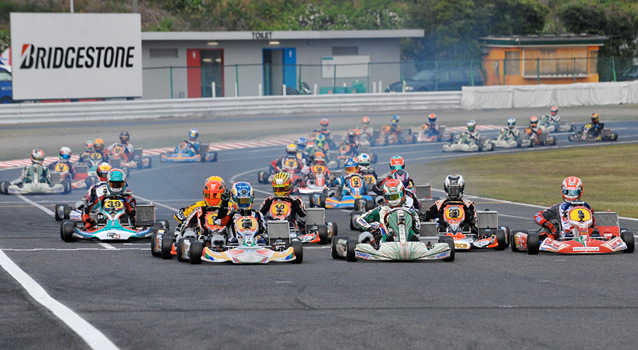 Many KF1 drivers, here at Suzuka, will participate in the European KF2 Championship this year.