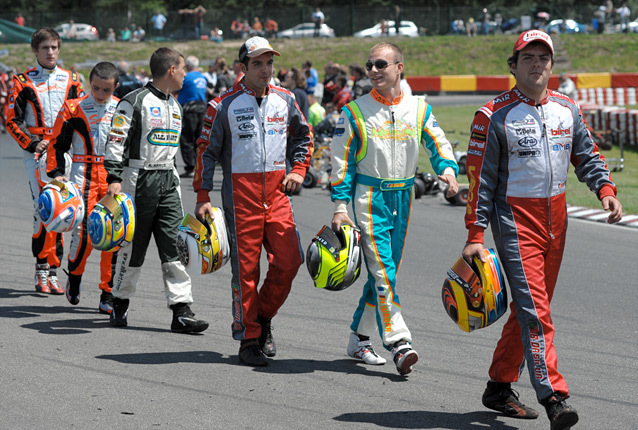 Part of the French delegation at Wackersdorf in 2011.

Since the CIK made the wise decision to run the European Championship as a single event in 2011, the entry has surged to a record 122 at Wackersdorf this year, from 28 different countries. As required by the regulation, the top 6 in the final rankings are not allowed to race again the following year. But there are many of the best international drivers who deserve the status as favorite: Ricardo Negro (DR / TM), Martin Doubek (Praga / TM), Jordon Lennox-Lamb (CRG / Maxter), Philipp Orcic (CRG / TM), Simas Juodvirsis (Energy / TM), Dylan Davies (PCR / TM), Marco Zanchetta (Energy / TM), …