Home News International On track for Euro KZ1 at Wackersdorf

On track for Euro KZ1 at Wackersdorf 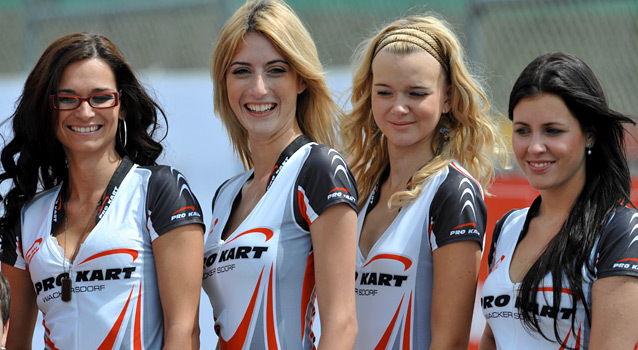 With 38 pilots, most of them stars of karting, the European KZ1 Championship at Wackersdorf again this year will certainly be interesting, but not necessarily well suited to this category. In 2011, Paolo De Conto (Energy / TM) was the champion ahead of Yannick De Brabander (Parolin / TM) and Armand Convers (Kosmic / Vortex), which was against the odds. What will happen this time? A mystery, especially rain is likely on Friday or Saturday.

Among the drivers who have shone since the beginning of the season, the official Tony Kart / Vortex drivers Rick Dreezen and Marco Ardigo are very highly rated, and the French driver Anthony Abbasse (Sodi / Maxter). Jorrit Pex (CRG / TM) is always in the game, while Jonathan Thonon and Davide Fore (CRG / Maxter) stayed slightly less successful, not to mention Fabian Federer, the winner here in KZ2 last year. Bas Lammers on the Praga / Parilla are surging, as is his teammate Patrik Hajek (Praga / TM). Armand Convers (Kosmic / Vortex) was often at least as fast as the Tony drivers, who are joined by the new recruit, Mirko Torsellini, very fast at this specific track in 2011.

The chances of defending champion De Conto and his Birel / BMB are unknown, as with the French drivers Kozlinski (PCR / TM), Thomas Mich (Birel / TM) and Jeremy Iglesias (Intrepid / TM) and Yannick De Brabander (Formula K / TM). Less dominating early this year, the Tec-Sav engines will be among the important variables in the final result which is at present very open.