At the end of two days of physical tests, interviews with members of the jury (co-chaired by Banu Baseren, Coordinator of the FIA Women in Motorsport Commission, and Cathy Muller, Member of the Commission and European Karting Champion in 1979) and of course runs on the Friuli Venezia track, it was Lina Von Schedvin, from Sweden, who took the award of 5,000 euros to participate in the CIK-FIA Academy Trophy. 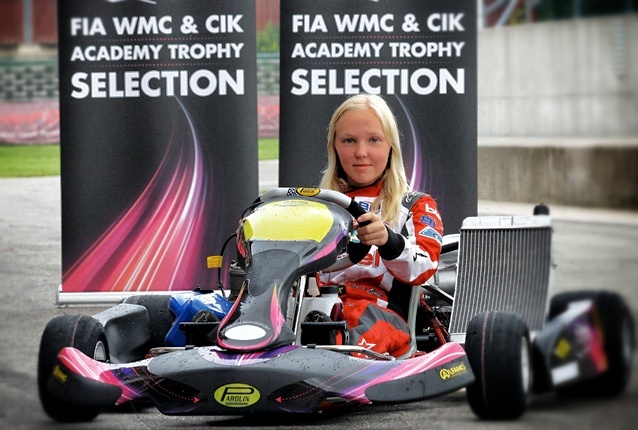 “Naturally I am extremely happy,” smiled the 14-year-old from Mellbystrand, a small village in Southern Sweden. “I knew I had done my very best, but several other participants were also very fast and the jury said that it really was tight. I can’t wait to compete for the CIK-FIA Academy Trophy, and to show that I really deserve the confidence placed in me. I know it’s a fantastic opportunity for me and my career. So my aim is to beat as many boys as possible!”

Lina is now dreaming of following in the footsteps of those other female drivers who have reached the highest level in karting, like Cathy Muller of course, and also Suzy Raganelli (World Champion in 1966), and the sorely missed Lotta Hellberg or, more recently, Beitske Visser from the Netherlands.