Praga Kart Moves Up to the Next Level at Sarno

Despite difficult weather conditions, the Praga Kart team showed an important progression at the first round of the WSK Euro Series in the three classes where it raced. Lammers came very close to victory in KZ1, Doubek fought hard in the lead pack in KZ2 and Dabski entered the KF2 top 5. Work made by this young team led by Alessandro Manetti is beginning to deliver results and Praga Kart chassis are gradually finding their place at the top of the standings. 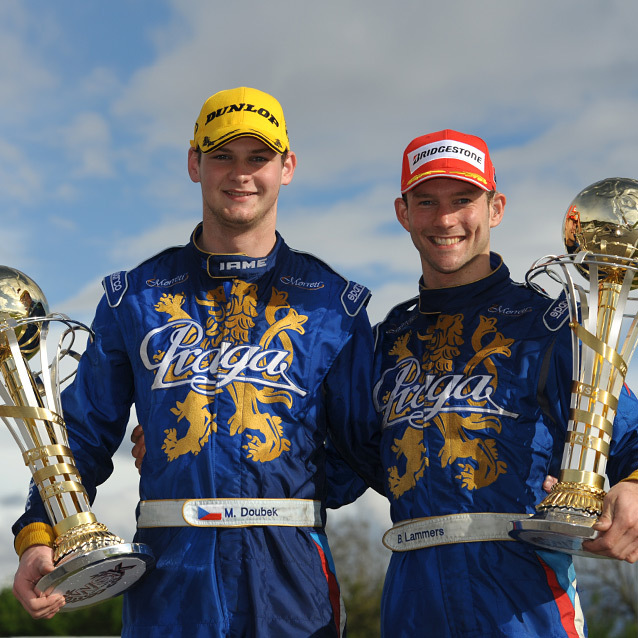 Constantly at the front of the battle in KZ1, the Dutch driver Bas Lammers took advantage of the top level of performance delivered by his new IAME engine prepared by Tec-Sav to take his chance and go for victory in Sunday’s final race. He also conquered the leadership on the last lap but then let his opponent pass again after touching him during overtaking, an act of fair play that was unanimously appreciated. The Dutch driver was second in the race, and also occupied the second place in the standings.

The Czech Martin Doubek showed formidable regularity in the top positions in KZ2 during the whole Sarno meeting. 4th on Saturday, Martin pushed even harder on Sunday and claimed the second step of the podium, in addition to conquering the same place in the championship standings.

The nicest surprise came from the Polish driver Karol Dabski, who comfortably reached the top 5 despite a difficult track. Already 9th out of 78 entrants in timed qualifying, Karol showed regular performances in the heats and conquered a victory, before climbing up from the 19th place he occupied on the first lap of the pre-final to 8th. In the final, the young driver was again bumped into at the start, but this time he carved his way up from 14th to 4th place, at the foot of the podium.