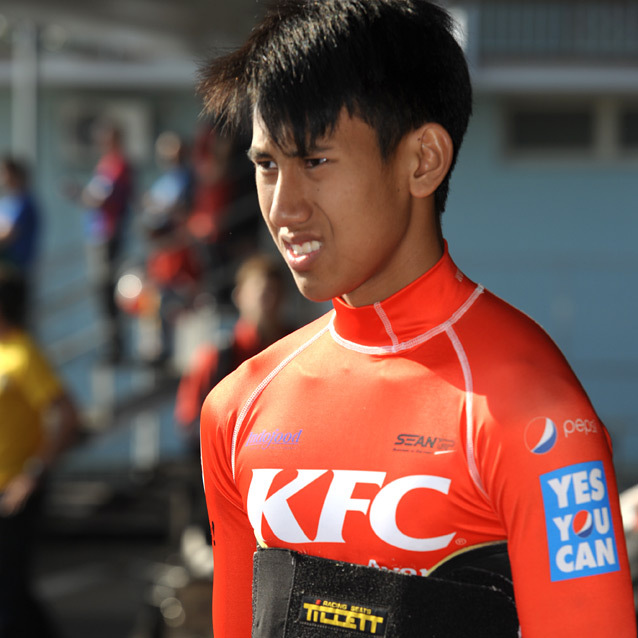 The Indonesian driver Sean Gelael returned to international karting at Sarno for the WSK Master Series. For him it was mainly a matter of getting familiar again with his points of reference after a long break, as well as testing his new TM engine. “I have had some difficulties to get used to this new engine, which needs extremely careful carburetion adjustments” he commented during the weekend. “On the other hand, the exhaust valve operation was not that simple“.

Starting in the middle of the pack in the qualifying heats, Sean had a pretty hard time. He was forced to retire twice, at the start and just after the beginning of the race, which made his task increasingly hard and prevented him from gaining access to the final stages. “Getting back on track has not been easy for me, because I have not trained in Europe this year. Together with the team we have decided to make some technical adjustments to improve my kart performance and I am going to race in more competitions now“.

Sean will be at the Margutti Trophy on the circuit of Lonato, before concluding the WSK Master at Castelletto. Nobody doubts that in the meantime things will get back to normal.