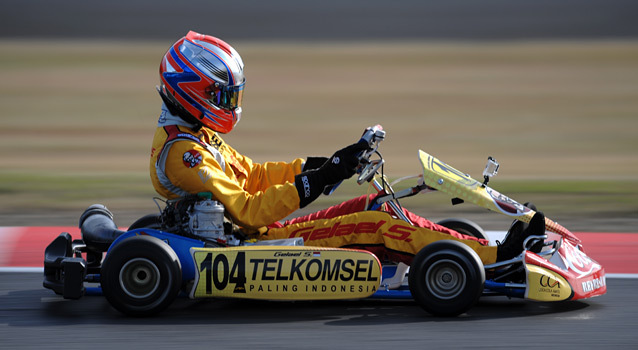 At the Asia-Pacific Championship held in Suzuka on 12 and 13 November 2011, Sean Gelael and his FA Kart/Vortex faced a pretty strong line up in KF2, with most of the best western drivers and the elite of the Japanese drivers racing at home. The Sean GP driver moved quickly to action and set the 7th time in Saturday morning’s timed qualifying. During the qualifying heats, he looked both very much at ease and highly effective. A regular among the front runners of this very hard-fought category, he raced his way up to the second place of the provisional rankings, meaning a start on the front row for Sunday’s pre-final.

Unfortunately, this very good position did not reward him for long due to a frenzied start where another driver passed on his kart and tore off his power valve. It was not a happy return to the pit area for Sean and his team, knowing that he would be 29th at the start of the final. But despite this handicap, the Indonesian karter put in a stunning recovery drive by remaining constantly on the attack. He gained several places right at the start and trailed in the wake of his team mate Nicolaj Moller-Madsen, who had started from a much better position. Overtaking continued at breathless pace until Sean, who was faster, gained the upper hand on the 2010 European Champion Moller-Madsen to finally conclude in 6th place – after a stunning 23-place recovery drive in 23 laps – in the top 4 of the fastest drivers. 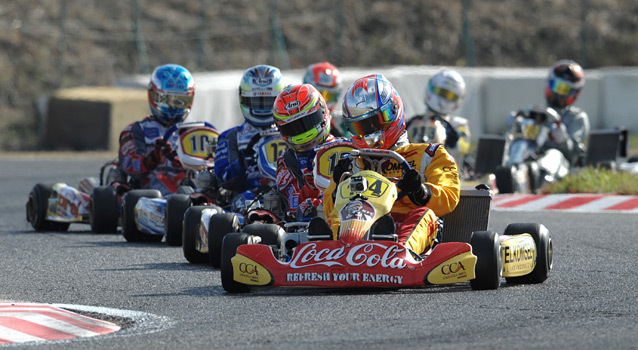 At the end of the recovery drive Sean performed, joy prevailed over a possible disappointment for having been slowed down in the pre-final. It must be said that sometimes extraordinary performances like these taste as good as victory. This is why the team and their driver will get ready in much higher spirits for the last meeting of the season, the Asia-Pacific Championship round of Macao to be held in December, a first time for Sean in KF1.