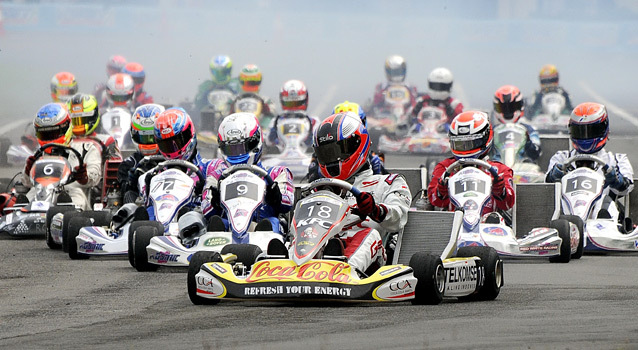 The hardest-fought series in Asia, the AKOC, moved to Indonesia on 1 and 2 October for the third meeting of the season. The stake was high for Sean Gelael, in his home country and in front of his partners. The Sentul International Karting Circuit is notoriously difficult, especially for its abrasive track surface that wears out racing tyres quickly.

For the occasion, Sean Gelael drove his Kosmic chassis based in Indonesia, propelled by a Vortex engine prepared by Renato Merlin, in the 125 Senior category – which is identical to the KF2 class. Not the whole of the Sean GP team was on the spot and the kart set up was not an easy task. Taking all these elements into account, Sean spared his tyres during the qualifying heats in order to be able to express his full potential in the final phases. His strategy worked well in the pre-final, which ended with a clear-cut victory for the Indonesian driver.

In pole position for the final, the Sean GP driver quickly realised that his tyres were very worn. He was forced to keep the situation under control to fend off the growing threat posed by Andrew Tang. Thanks to the experience gained in Europe, he concluded positively this difficult challenge and claimed his first victory of the season, a comforting result that set off an explosion of joy in his team. 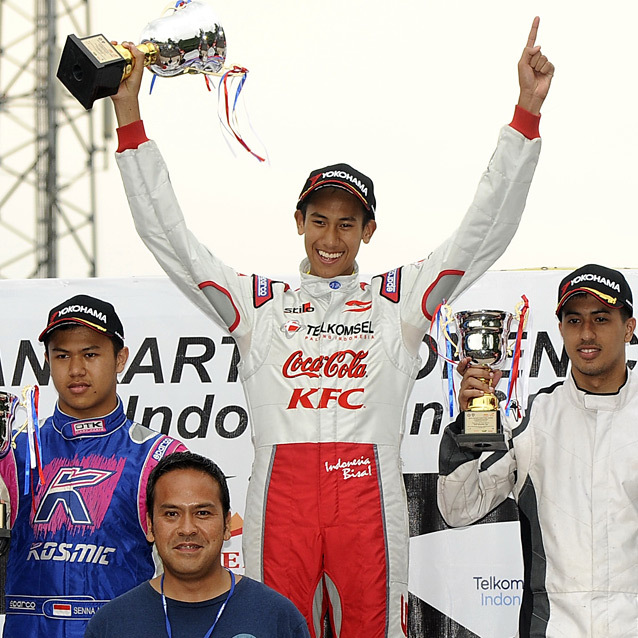