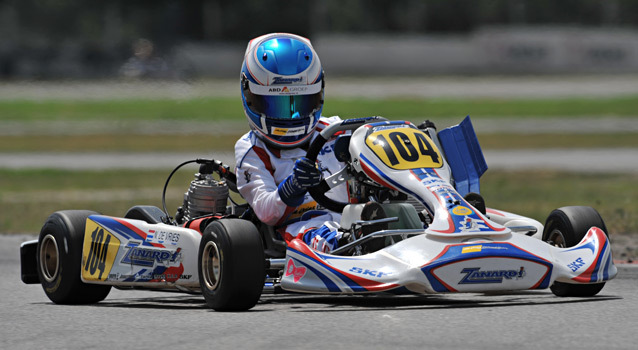 In mid-September, the Dutch driver Nyck de Vries (Zanardi / XTR), German KF3 Champion, came at the International Circuit of Zuera for three days with his team, in order to get ready for their last round of the WSK International Series, to be held from 2 to 5 October.

De Vries is currently second in the KF3 Championship ranking, behind Frenchman Brandon Maisano (Intrepid / TM). The French driver has 115 points while Nyck has 87. From a mathematical point of view, De Vries has still a chance to conquer the title, but things are not going to be easy for him. During test days at Zuera, the Zanardi driver drove at 1’06”2.

Nyck de Vries start off on the front foot