Light at the end of the tunnel?

In 2021, the Covid-19 pandemic continues to take its toll on Europe and the world, disrupting karting competition to an uneven degree. Positive signals are coming from countries that have implemented early and widespread vaccination despite uncertainties about the effectiveness and consequences of injecting new substances. Israel, the United States and the United Kingdom seem to be on the right track, while most European countries are lagging behind. 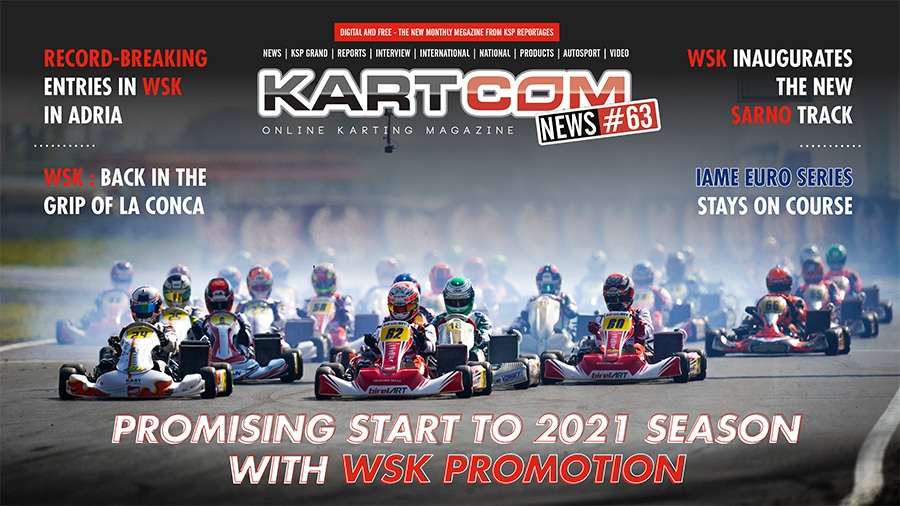 As far as kart racing is concerned, inequalities are evident due to the very different policies chosen by governments. To date, France is one of the few countries where it is impossible to organise any karting events. However, French nationals are able to practice their passion in neighbouring countries. Belgium, Spain and Italy seem to be living almost normally in terms of sport. The WSK Promotion events have saved the start of the season for international drivers and teams. Not only did the WSK Champions Cup and the WSK Super Master Series take place, but the grids reached record numbers of participants. However the country is not at its best in terms of infection. The infection-control protocol has been reinforced and prudence has resumed since the first event.

The FIA’s awarding of the tyre supply to a single manufacturer, Bridgestone, for all categories of FIA Karting events taking place on the European continent came as a surprise after many years of sharing between two or three suppliers. It is hoped that the Japanese giant will live up to its reputation, even though kart racing may soon disappear from its activities.

The launch of the FIA Karting season in mid-May, preceded by the Champions of the Future series, will tell us a little more about what is to come in the 2021 sporting year. Although the first two FIA Karting events have been postponed, coronavirus is not necessarily the cause. The DKM, which is probably the most precautionary championship in terms of health, is also getting ready to start again at the beginning of May. In France, we will have to wait until the summer for the first national events.

The WSK meetings have therefore welcomed a large number of participants in pleasant weather on the Italian peninsula. The rejuvenation continues with the success of the youngest drivers in the OK and OK-Junior categories. The Kart Republic chassis continues to convince and is now in the lead of the manufacturers, in number and in performance. The KZ/KZ2 category is seeing the return of large teams such as the CRG factory team and the rise in power of Kart Republic through the official KR Motorsport team. The racing promises to be as intense as ever with the presence of the discipline’s top names.

No one can say whether the pandemic will be definitively overcome in the coming months, but the situation looks fairly positive for karting in 2021. In the meantime, let’s remain vigilant!