Nothing is ever a lost cause!

Several examples remind us these days that the future is made up of what we put into it day after day, and that unfavourable circumstances are not always a certainty that we have to live with. The greatest successes, the moments that make us feel alive, are created by those who do not resign themselves to suffering, by courageous human beings resisting adversity, determined to bring quality into their actions at all costs. This is where the beauty of life in general, and karting and motor racing in particular, lies. 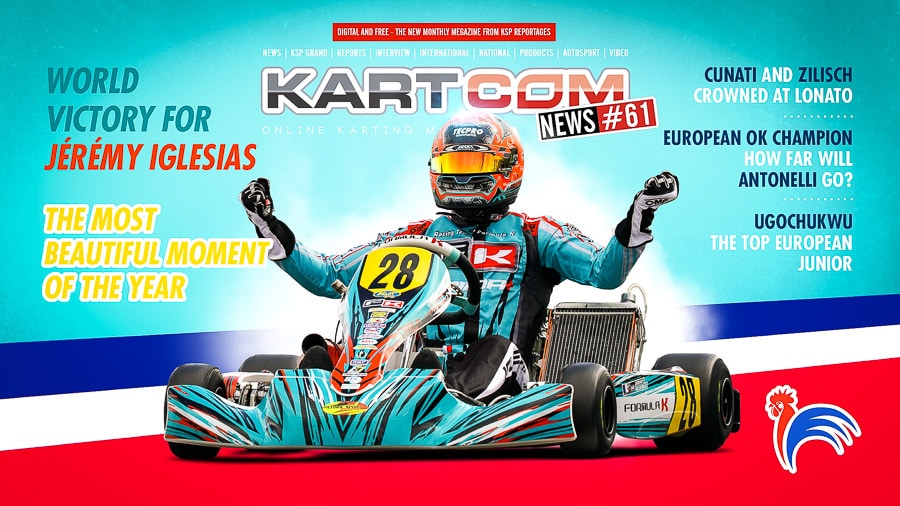 The major sporting event of the last few weeks is of course the victory of Jeremy Iglesias in the KZ World Championship. Many must have thought before this race in Lonato that the 33 year old Frenchman was certainly a good driver, but that he had let his chance go by. Twice runner-up in the World Cup in 2009 and 2010, three times European Vice-Champion in 2009, 2010 and 2018, not to mention the missed opportunity of the 2017 World Championship at Wackersdorf and many other unrecognised performances, Iglesias was probably too “nice” to have the makings of a great champion. But Jeremy never gave up, nor did he ever change his approach to racing to become more aggressive as some people encouraged him to do.

His world title, which he won on Sunday, 4th October, 2020, Jérémy owes only to himself, to his talent, his determination, his work and his perseverance. Without minimising the importance of his team, in Lonato he did not just win a perfect race, he also contributed decisively to the performance of his machine and it is there that the great champions are distinguished. The unanimous recognition of the sporting world, the congratulations of his peers and the joy that his victory has provoked are among the most important things that make one passionate about this sport, which conveys first-class human values. Jérémy counterbalanced to a certain extent the deplorable events that unfortunately interrupted this beautiful World Championship and this is what we must remember.

The 2020 season will remain a unique year because of a virus capable of stopping the whole world. Here again, fatality is not the only consequence of a disease that has reminded us that we all have a role to play with regard to humanity. Everyone’s efforts, solidarity, empathy, can all change the situation. Until now, karting has been able to face this complex situation by taking the necessary measures to survive. Everyone shares the constraints, but it works and must continue to do so.

At the same time, things are moving in some countries. In France, for example, the FFSA has decided to deal with the growing difficulties encountered by kart racing over the last few years and to take courageous measures to make it easier for more people to participate in karting next year. The future will tell us if it is a good idea, but we know that nothing is ever a lost cause.