After a rather encouraging August in terms of entries at international and national competitions, September begins with a wake-up call. Indeed, the FIA Karting meeting at Genk saw a very significant decrease in attendance with only 12 KZ, 32 KZ2 and 26 Academy. Never seen before! 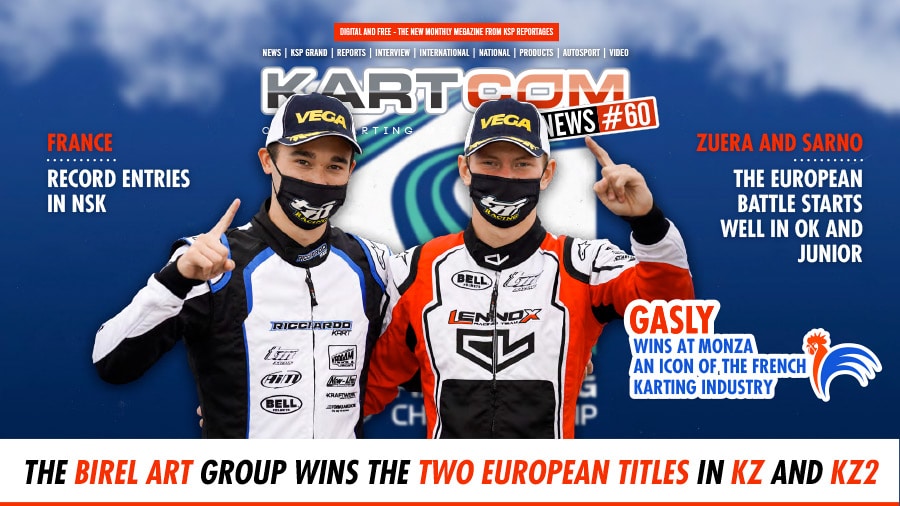 Everybody was expecting a rebound of infections after the summer holidays. The number of cases has risen again in several European countries during this period of conviviality and relaxation, especially as testing is now much more widespread. Although motor sport has not let its guard down, it is suffering the consequences, especially in karting, where the calendar is very full. Everyone’s responsibility remains a determining factor for the community.

Faced with the understandably increased vigilance of certain countries, infection control was reinforced at the request of the Belgian authorities for the Genk event of the European KZ and KZ2 Championships as well as the Academy Trophy. A recent negative PCR test was essential to enter the competition, which is still being held without an audience, and a mask must be worn at all times. The FIA has specified new rules along these lines, which will be generalised from the Wackersdorf meeting onwards. Nothing wrong with the principle, it is a very good thing to ensure the viability of the races.

On a practical level, it sometimes becomes complicated to go from one event to the next with a negative test within the time limit. With general demand rising sharply and infrastructures not keeping up with the pace everywhere, the delay can vary between 12 hours and five days at a cost of between €0 and €120, depending on the region, to obtain the results of a test that must be renewed for each race. It is not simple, but it is a necessary evil in the current situation. Aware of the problem, the CIK-FIA has also put in place a procedure to give the karting community the opportunity to be tested quickly and free of charge between Belgium and Germany, venue of the next European OK and Junior competition.

The sharp drop in entries at the Genk event is not solely attributable to these reinforced health checks. On the one hand, travel remains difficult from some parts of the world. On the other hand, the general situation is complex enough to explain why participants who can no longer win prefer to stay at home, instead of making a long trip with no hope of a rewarding result.

Returning to the racing, the awarding of the European KZ and KZ2 titles gave rise to particularly intense and spectacular clashes in Belgium, while the first two events of the European OK and Junior Championships were particularly hotly contested, sometimes even with a little too much enthusiasm from some participants.

It would also seem that various national competitions are enjoying success in this recovery period, despite the density of events on the calendar for this second part of the season. The next two months will undoubtedly be crucial for the short-term future of karting.