It took four months to let the peak of the pandemic pass so we could resume our lives as enthusiasts. Can we talk about a return to normal? Certainly not… First of all because this point of view concerns only part of the world, only part of Europe, and many wounds still need to be healed here and elsewhere. The euphoria of the return to competition cannot mask the health and economic uncertainty of the months and years to come. 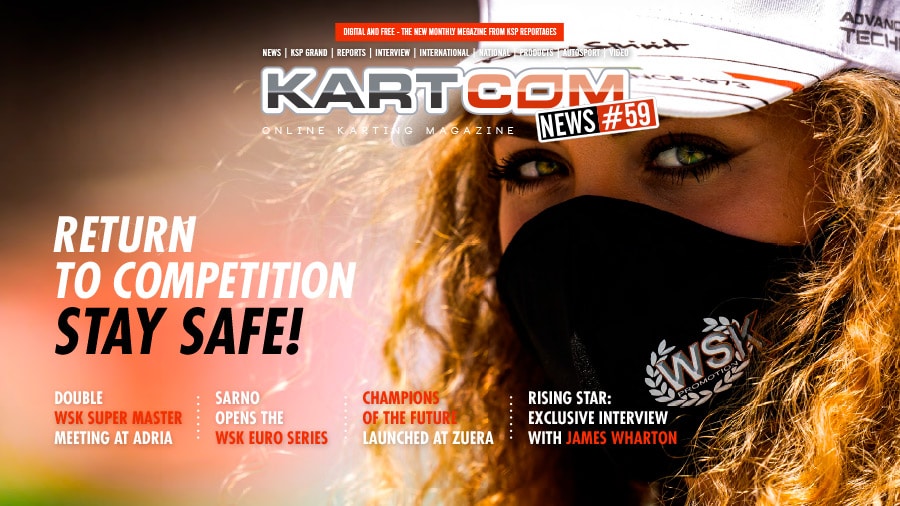 As with all those affected, sectors or organisations already in difficulty are more vulnerable than others to the consequences of the pandemic. One month of racing cannot yet enable us to see clearly. The taste for kart racing has not diminished, but the numbers are not as strong as before. We could give figures, show percentages, but is it really relevant at this stage? It’s not easy to differentiate between permanent absences and those caused by travel restrictions, for example. We should wait before announcing the consequences of 2020.

Competition has resumed in Europe and that is good. The internationals gave the signal for the restart, with WSK in the lead with a long double meeting to close the Super Master Series at Adria. Adapted to the situation, this schedule of two races in one allows the maintenance of a calendar above all. Drivers and teams came back exhausted from the ten days spent driving non-stop in the heat of the Veneto region. Everyone knew that the pace of this compressed end of season was going to be intense. The month of July gave a foretaste of it, and we’ll have to keep to this regime until the end of November… So be it!

The international teams will have been able to take part in four races before the start of the FIA European Karting Championship at Zuera at the beginning of August. The double rendezvous at Adria, the start of the WSK Euro Series at Sarno and the new Champions of the Future series at Zuera gave everyone the opportunity to find their bearings. The national championships are also starting again, DKM in Germany, AciSport in Italy and FFSA in France at the end of next month.

Each organiser has set up an infection control protocol so that the resumption of kart racing does not mean a resumption of infection, the virus being ever-present, in sneaky ways, here or there. In theory, everything is in place, but in reality behaviour is not always up to the challenge, which is only human. However, in some places, we can see signs of an upsurge in the disease, which should prompt the greatest vigilance. Infected areas multiply when families, friends or holidaymakers gather together. Enjoying life should not mean individual irresponsibility with possible collective consequences. The only chance of beating the virus is to adopt new habits that will last. Wearing a mask and respecting physical distances is the only way to face the problem at present. So, let’s bet on collective intelligence to make the world as easy as possible!